skip to main | skip to sidebar

At the end of 2015 it seemed like the golden age of poststep was fading fast, so it was quite a surprise that 2016 turned out to be one of the best poststep years ever, perhaps, in terms of completely exhilarating new releases, second only to the peak year 2010. Sure, 2016 didn't have the overwhelming abundance of weirdness and newness that made the years 2009-2013 so incredible, the constant presence of multiple fronts of innovation each developing its own amazing sound. Rather, most things were just further developments of the two already established frontiers of new electronic experimentalism (in contrast to the many older forms of electronic experimentalism still going on – IDM/glitch, dark avant-ambient, minimal techno/industrial noise hybrids etc.), namely abrasive, icy-digital maximalism and various takes on weird hyper-grime, from the neon coloured to the almost vaporwave-weightless. More or less, this was also the main developments in 2015, but in a scattered way that gave the impression of lingering pockets of resistance rather than a frontline moving forward. In 2016, though, that was exactly what happened: The amount and versatility of brilliant new releases made it hard to keep up with just the very best of them. 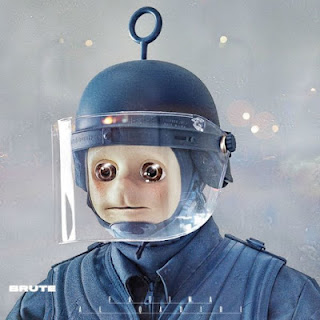 It actually leaves me confused, as I had already prepared to think of poststep as something that had run its course, and all that was left was to analyse the remains in further depth, figuring out what it was all about and why it didn't get the recognition it deserved. Now, the problem is even more complex, because this unexpected bouncing back seems pretty unprecedented – looking back at other golden ages, the pattern should be that once the rot has set in, it's only going to be diminishing returns from then on. Sure, slight resurgences happen, but only after the golden era is over – that's why it's resurgences, a conscious effort to keep the dream alive that pays off for a while. In retrospect, that's what something like breakcore was, and why it never felt completely convincing as a new development, and perhaps that's also what dubstep was until it unexpectedly turned into wobble and horrified the original true believers. With post dubstep, though, all the great new stuff coming out in 2016 felt like powerful, necessary unfoldings of developmental paths still far from exhausted, rather than attempts to keep poststep going through refining (like with early dubstep) or hybridization (breakcore). And who would try to do that anyway? If there's any “true believers” in poststep, they're rare, nonpartisan and probably has completely different opinions on what constitutes the great stuff and the golden age. But then again, perhaps this is exactly why the style was able to come back in 2016: It had no idea it was finished, because it wasn't even aware it existed in the first place. Which once again brings us back to the question of what the hell post step was and why it didn't get a whole generation exhilarated to be living through such incredible times, musically. Recently I've come further towards thinking this problem through, and hopefully I'll get around to writing it all down soon. Meanwhile, here's a belated “best of 2016” list – heaps of incredible stuff that everyone should own:

Fatima al Qadiri: Brute (Hyperdub)
In terms of formal innovation, Brute didn't add much to the style Qadiri established with the Desert Strike-ep, but instead it offered plenty of what you could call emotional innovation, creating a truly terrifying slow motion-vision of a world falling apart, permeated by supressed fear and violence lurking just below a surface of ghostlike exhaustion. Each time I listen to it, it seems to become more overwhelming and ominously prophetic. In a league of its own really. 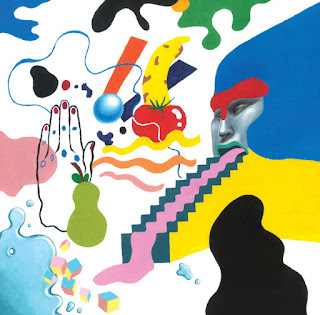 Also in a league of its own, but a completely different beast, this album exists in its own disturbing grotesque-comical unreality. At times resembling a swarm of cartoon microbes skittering about, writhing and mutating in a sonic petri dish, at times exhibiting an oddly compelling – albeit also thoroughly bizarre and alien – sense of groove and melody, but first and foremost simply not sounding like something a human mind could ever have created, or even imagined.

Darq E Freaker: ADHD (Big Dada)
Where most experimental grime is ethereal and atmospheric, this amazing EP twists and exaggerates all the most euphoric and deliberately synthetic grime elements into unrecognizable mutant shapes. As explosive, colourful and hyperactive as old Hyper on Experience-records. 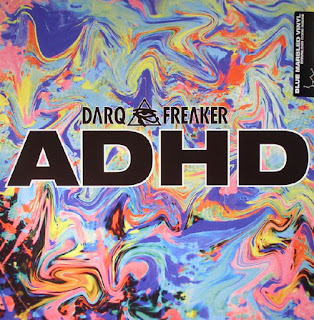 Murlo: Odyssey (Mixpak)
Every bit as original and relentlessly inventive as Darq E Freaker, yet also a completely different, much more playful and quirky take on hyper-coloured neo-grime. The melodic structures are as odd and unpredictable as they're catchy, and the overall sound is deeply inorganic in the most compelling way, like a virtual playground overrun by living, neon-coloured plastic toys – fascinating and slightly insidious.

Ískeletor: Lurker (Blacklist)
To some degree working within a mini-tradition of raw and ugly experimental grime – where we have previously found Filter Dread, SD Laika and Acre – but also making it much more loose, loud and visceral. Refreshingly different in a year where most forms of post dubstep were dominated by polished digital sounds and shiny virtual surfaces.

Wwwings: Phoenixxx (Planet MU)
Infusing cyber-maximalism with a weird sense of para-organic grittiness and unusual melodic twists – often making it downright catchy or touching –, Phoenixxx is simultaneously a disturbing reflection of a fractured present, as well as a deep sci fi-experience that sounds like rave music made a thousand years from now, by war machines faithfully continuing humanity’s carnage long after humanity itself has been wiped out. 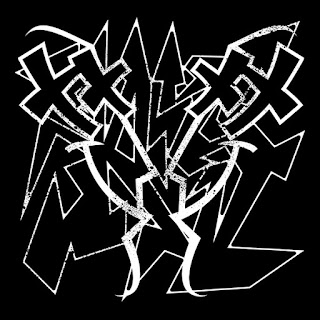 Amnesia Scanner: AS EP (Young Turks)
In many ways inhabiting the same post human virtual space as Wwwings, but making it even more brutally mangled, at times almost doomcore-heavy, and at the same time taking it in a much more bizarre and surreal direction. Deeply fascinating in its utter strangeness and sheer originality.

Brood Ma: Daze (Tri Angle)
As for gloomy cyber-soundscapes, Brood Ma was probably the purest and most fully fledged of 2016s many virtual maximalists. Perhaps not being quite as strange and forward-sounding as Wwwings and Amnesia Scanner, Daze nevertheless worked brilliantly as an integrated, atmospheric whole - claustrophobic, apocalyptic, and yet often surprisingly beautiful.

DJ NJ Drone: Syn Stair (Purple Tape Pedigree)
Taking digital maximalism to the most abrasive, pummelling extreme, Syn Stair is pretty much an endless staccato structure of hydraulic stutter-beats and hyper-digital rave sounds processed into ear-slicing treble-terror. With only the slightest, most dysfunctional hints of melody or groove, this is one ugly, brutally inorganic record – and it's all the more fascinating for it. 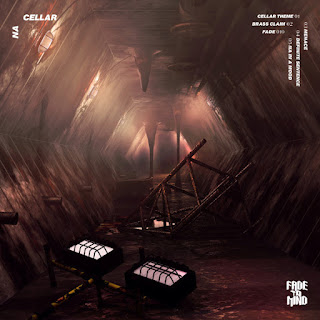 NA: Cellar (Fade to Mind)
Appropriately named, this is dark, dank and slimy underground-tunnel-grime, at times recalling the gloomy imperial marches of early dubstep, or even PCP-style doomcore, but recreated fully within the current hyper-inorganic, cyber-maximalist aesthetic.

Halp: Polar (Golden Mist)
Clearly building on the compositionally complex and subtly orchestrated ghost-grime of Fatima al Qadiri, but adding a hearty dose of the twitchy hydraulic rhythms usually associated with the Jam City/Brood Ma/Rabit-lineage of cybernetic maximalism. A very obvious hybrid, in other words, but one that works brilliantly.

Loom: European Heartache (Gob Stopper)
Oscillating between crass, hyper coloured intensity and melancholic beatless ambience, this EP not only span the furthest extremes of experimental grime – it somehow also manages to make them complementary elements of a broader sci fi-vision. 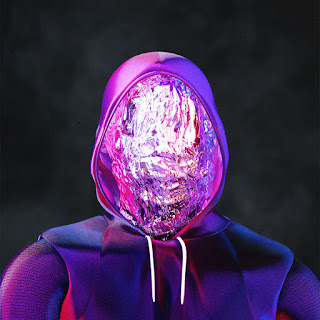 Rushmore: Ours After (Trax Couture)
Weightless trap and new age grime at its most floaty, airy and almost impossibly lithe. The affected emo-vocals of the title track are hard to stomach, but the rest of the album has just the right transparent, untouched-by-human-hand quality to give it a genuine – albeit discrete – futuristic sheen.

Yamaneko: Project Nautilus (Local Action)
Consisting almost entirely of icy bleep-patterns glittering like pixilated crystals in an endless empty blackness, Projet Nautilus is as cold and bleak as the most puritan minimal techno, yet also inflicted with an original sense of abrupt, weirdly structured melody – the last traces of grime in what has now become something completely different. 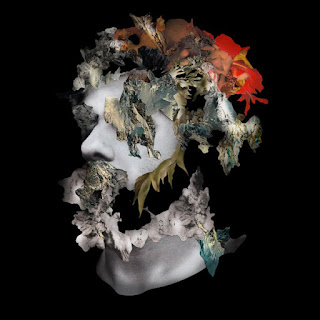 Ash Koosha: |AKA| (Ninja Tune)
Containing some of the most captivating melodic material of 2016, |AKA| often seems like a hybrid of “new synth” (Oneotrhrix Point Never et al.), glitchy EDM and dreamy indietronica. Still, it's all filtered through an entropic poststep-prism of digtial ghost sounds and disintegrating structures, creating a feel that is simultaneously contemporary and sort of timeless.

Lolina: Live in Paris
The kind of broken aural dreamscape that shouldn’t really sound “new”, using well known elements like messy rudimentary beats and minimally palpitating sequencers, manipulated samples and aloof narration. Nevertheless, it’s put together in such a thoroughly weird and idiosyncratic way that it's almost impossible to describe, simply not sounding like anything you've heard before.

Patten: Psi (Warp)
Combining a hazy sense of loss and sadness with blurry elements of rave and club music, Psi could perhaps be seen as belonging to the ongoing hauntological trend of “rave deconstruction”. The actual result is a much stranger beast, though, like an AI trying to recreate what we used to think the future would sound like, based on assorted scraps and fragments found in decaying memory banks. Cod futurism gone so awry that it's actually sounding genuinely weird and futuristic. 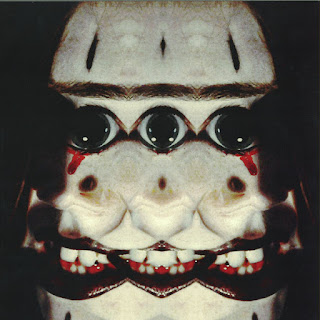 Sinistarr: Naine Rouge (Exit)
Where most recent footwork mutations have tried to make the style more intricate and atmospheric, Sinistarr takes it in the opposite direction, back to the original raw febrility and then further into something even more weird and twitchy visceral, with the hackneyed ghetto clichés thankfully absent.

Zomby: Ultra (Hyperdub)
Despite being perhaps a couple of tracks too long, Ultra contain lots of brilliant music, often pushing the patented Zomby-style in slightly new directions, and offering a bleaker, more splintered and icy cold take on the sound. Makes it clear that he's still a force to be reckoned with, and at this point perhaps the most enduring of the original poststep key players.

Debruit: Debruit & Istanbul (ICI)
Usually Debruit’s ethnotronic funk is bright and playful, but this time he's both darker and more introverted, and the sound more raw and organic (and, unfortunately, traditional) – which makes sense, given that it's a collaboration with a bunch of Turkish musicians, recorded on location in Istanbul. Intense and timely stuff, if perhaps not as uniquely Debruit-ish as before.
Posted by taninian at 02:46